We have upgraded our services to allow you to submit and track your applications on the spot. To start please click here
DON'T HAVE AN ACCOUNT
Register 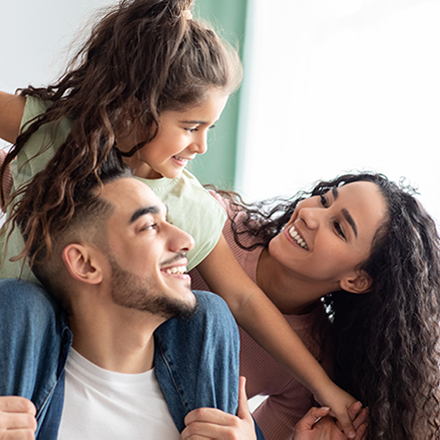 News and events
The reach campaign, daman and steppi achieve their target to transform 250 thousand lives in just 19 days
439
1

Abu Dhabi, UAE - XX March, 2022: The Reach Campaign, in collaboration with Daman and STEPPI, has revealed that its ‘25 Days to Transform 250 Thousand Lives’ initiative has exceeded its target of 250 million collective steps taken by users of the STEPPI fitness app, in just 19 days of the 25-day challenge.

The milestone was reached thanks to 3,381 participants, who recorded a total of over 261 million steps covering 188,966 km – the equivalent of walking 13 times around the entire world - in just 19 days. During this period, 8,476 daily steps were taken on average, while 6km was the average distance recorded daily per participant.

Over the course of the 25-day challenge, participants from 91 different nationalities, including UAE, India, Philippines, Egypt and Pakistan, worked together to make an impact that transcends borders under the common goal of transforming the lives of 250,000 people across Africa and the Middle East.

As part of its commitment to effecting positive social change and its advocacy of a healthier lifestyle, Daman pledged to donate AED2 for every 1,000 steps taken by STEPPI’s UAE users. With the help of hundreds of thousands of users in the country, the 250 million steps were achieved ahead of schedule.

Fulfilling its promise, Daman will be donating half a million dirhams to The Reach Campaign, an awareness and fundraising initiative that aims to end river blindness and lymphatic filariasis.

All proceeds will benefit the Reaching the Last Mile Fund (RLMF), which offers a proof of concept for the elimination of the two diseases in Sub-Saharan Africa. RLMF is a 10-year, $100 million USD initiative launched in 2017 by His Highness Sheikh Mohamed bin Zayed Al Nahyan, Crown Prince of Abu Dhabi, with support from several organisations including The Bill & Melinda Gates Foundation and The ELMA Philanthropies.

Hamad Abdullah Al Mehyas, CEO of the National Health Insurance Company – Daman, said: “As a Founding Partner of the Reach Campaign, we are delighted to help transform the lives of 250,000 people around the world, through our donation.

“We are also proud to be a part of a UAE community that stepped up to the challenge to not only take positive action that would help them lead a healthier lifestyle but to also raise funds and awareness to help fight two neglected tropical diseases that are easily preventable. Our long-term goal is to effect positive social change and with our strategic partners, we will continue to do all we can to continue supporting this important humanitarian cause.”

Nassar Abdul Raouf Al Mubarak, Managing Director of The Reach Campaign, said: “We are grateful to Daman, STEPPI, and the residents of the UAE who have all worked as one in helping to positively impact the lives of 250,000 people and to raise awareness as we continue on our journey to eliminating NTDs.

“Successful partnerships and joint initiatives such as these are very important when it comes to activating communities and bringing everyone together in the spirit of unity and purpose. In line with our leadership’s wise guidance and the vision of our late founding father, Sheikh Zayed bin Sultan Al Nahyan, we are working to build a community of compassion, through which we can create more joint opportunities to support some of the world’s most vulnerable communities.”

Commenting on beating the 250-million step target ahead of schedule, Joe Franklin, Co-Founder of STEPPI, said: “We are thrilled by the overwhelming response from more than 3,000 of our UAE app users, who have acted in concert to smash the ambitious target we set them at the outset of this important initiative. By providing an incentive to participate and get more active, we have also managed to make a real difference to families suffering under the yoke of these terrible, yet preventable diseases.

“It has been a privilege to support Daman and The Reach Campaign on this wonderful initiative, and we are delighted to have provided a platform to that has helped transform the lives of people across the world.”
The UAE’s strategy for disease elimination is to help keep preventable diseases at the top of the political agenda, maintain progress made so far, raise funding levels, and work closely with global partners and multilateral initiatives to increase impact.

Just AED2 can provide the medicine and treatment to protect one person from river blindness and lymphatic filariasis, and several other co-endemic diseases for an entire year. To make a direct contribution to The Reach Campaign, text the word GIVE to 2424 or visit https://www.reachtheend.org for more information.